We fly back to Sydney and Mikes angel of a mother had decorated their living room with balloons and a huge spread of food to celebrate.  It was also his parents anniversary so there were multiple reasons to break out the champagne.  Side note:  If you get engaged, I hope you like champange, because you will be drinking that, and only that, for about a month straight. Side side note: (we don't like champagne).  His whole family was there including his two brothers and sister-in-law and we ate a gorgeous meal and hung around the table for hours.

After a full evening and night of celebrating, we were off to explore the city as I hadn't been back to Oz since 2009 and there were a whole bunch of new developments.  One place that they have been building on recently is Barangaroo.  It's a new inner-city suburb extending all the way from the north-western edge of the Central Business District to the Sydney Harbour Bridge. They named it "Sydneys new harbour foreshore playground" and it definitely lives up to its name.  They've extended this beautiful walk way wrapping all the way around the harbour where you can be super close to the water yet surrounded by greenery.  They also built TONS of new restaurants along it, all of them in a row with huge outdoor seating areas.  I have no idea how one would pick and choose which place to settle and eat at. We started off walking through Darling Harbour all the way around to Barangaroo to get the full experience :) 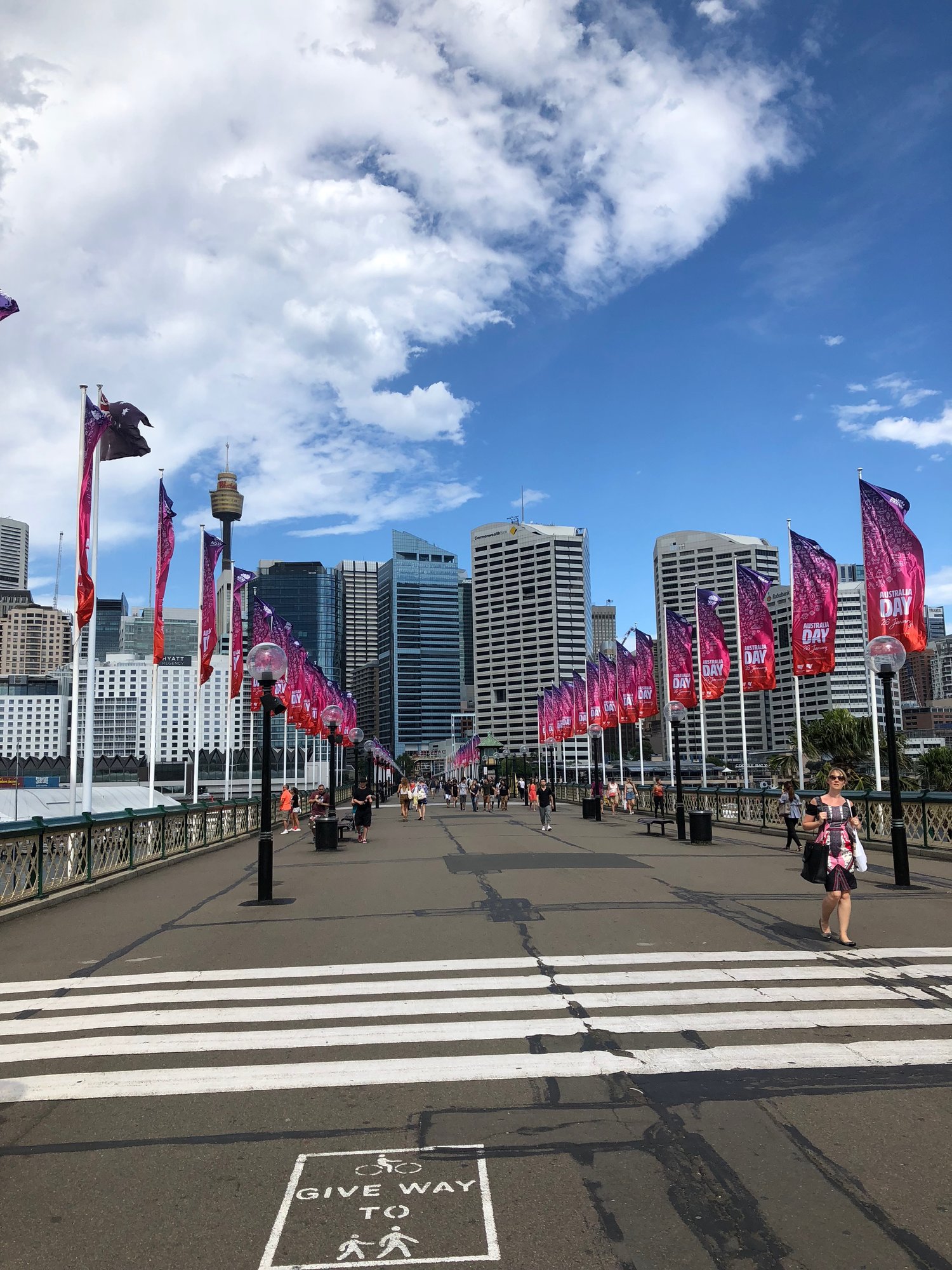 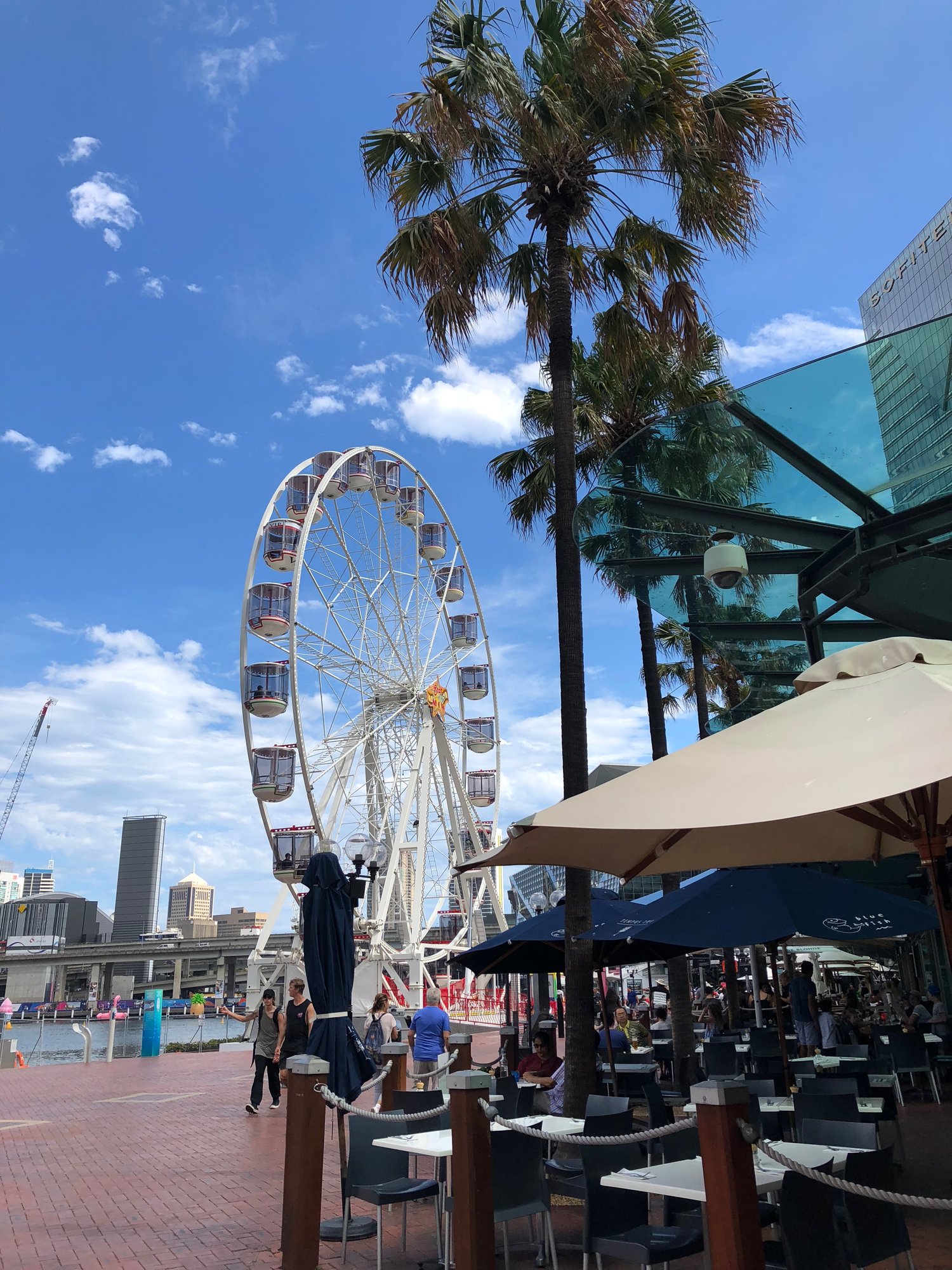 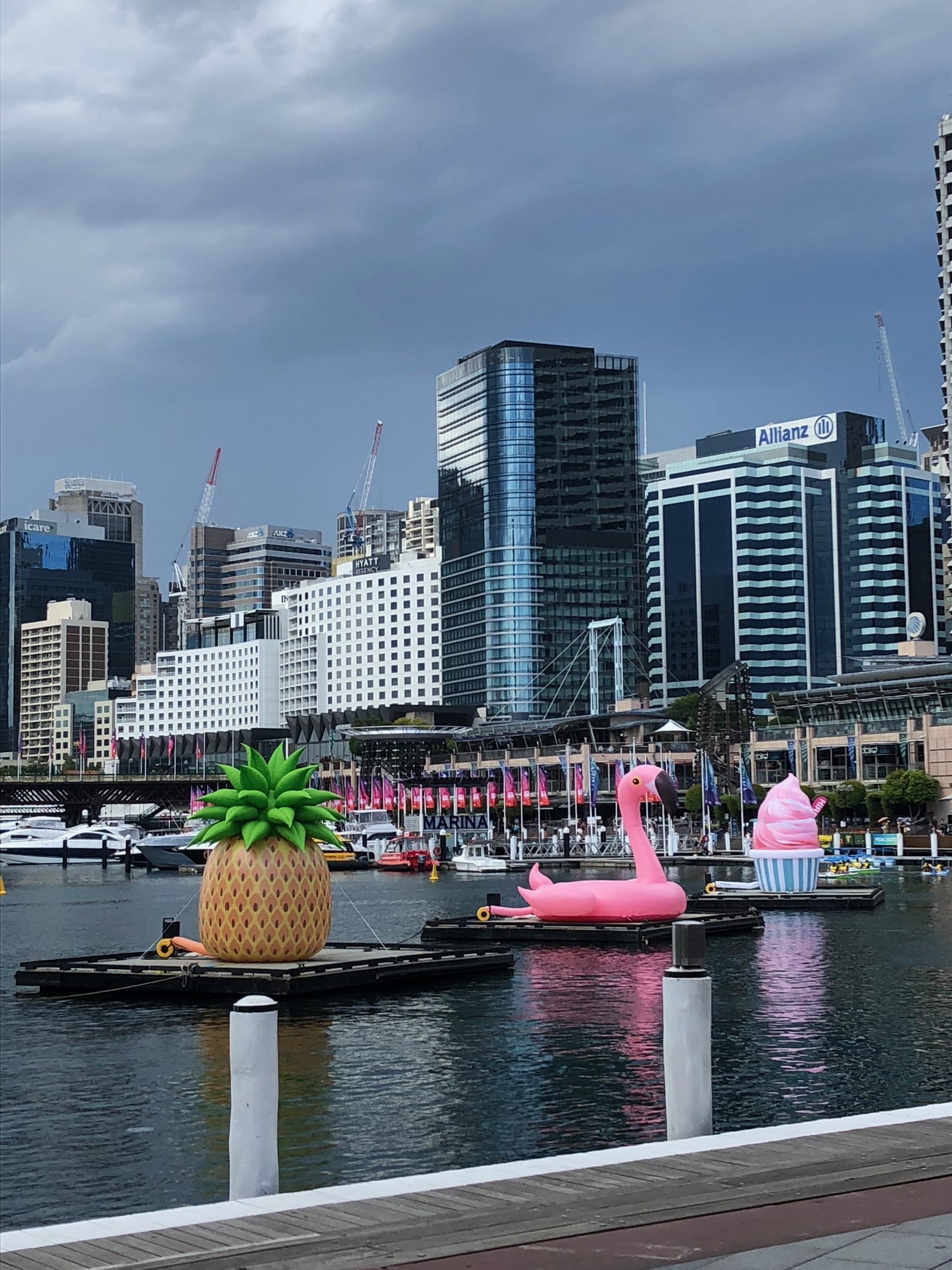 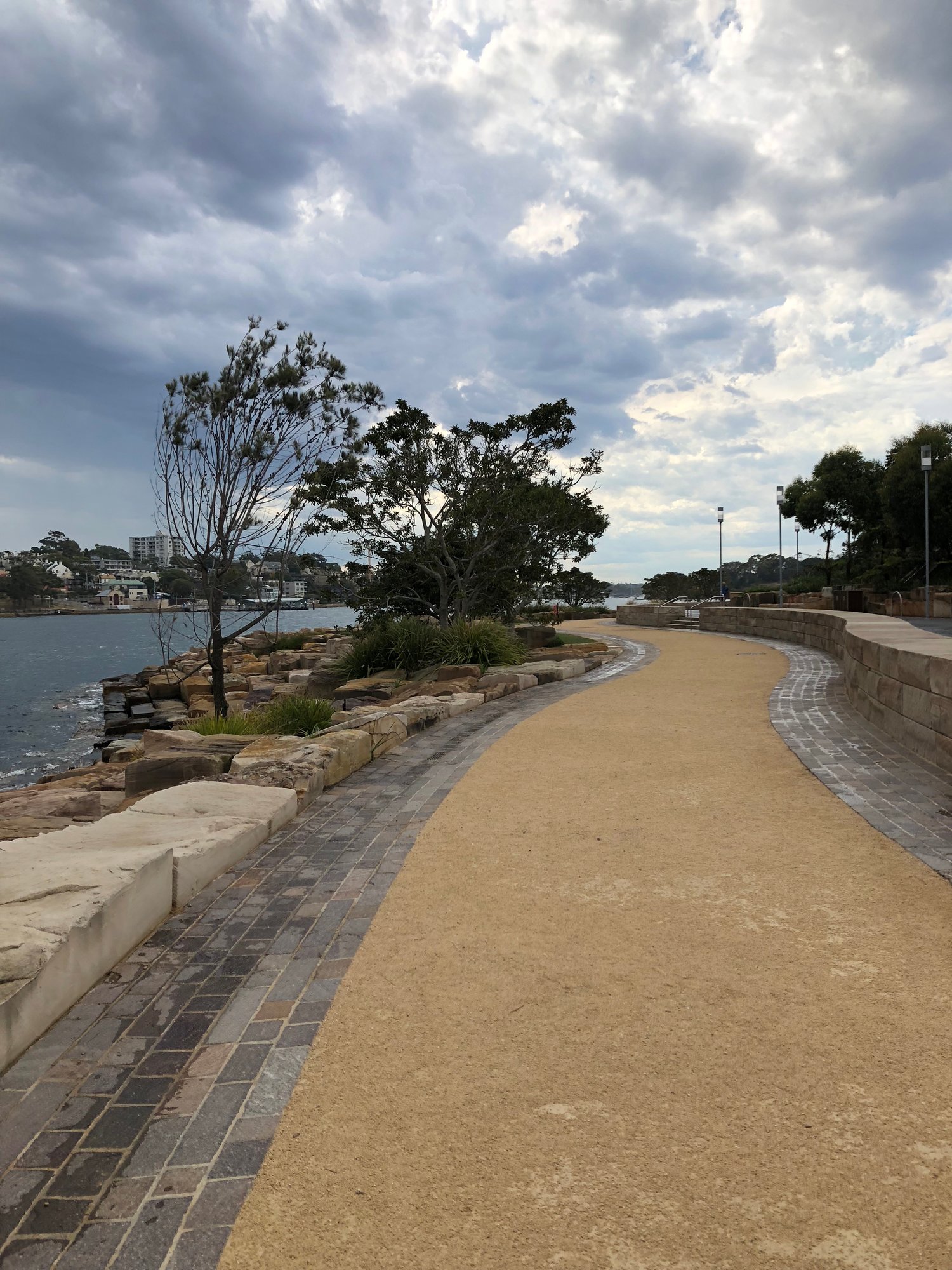 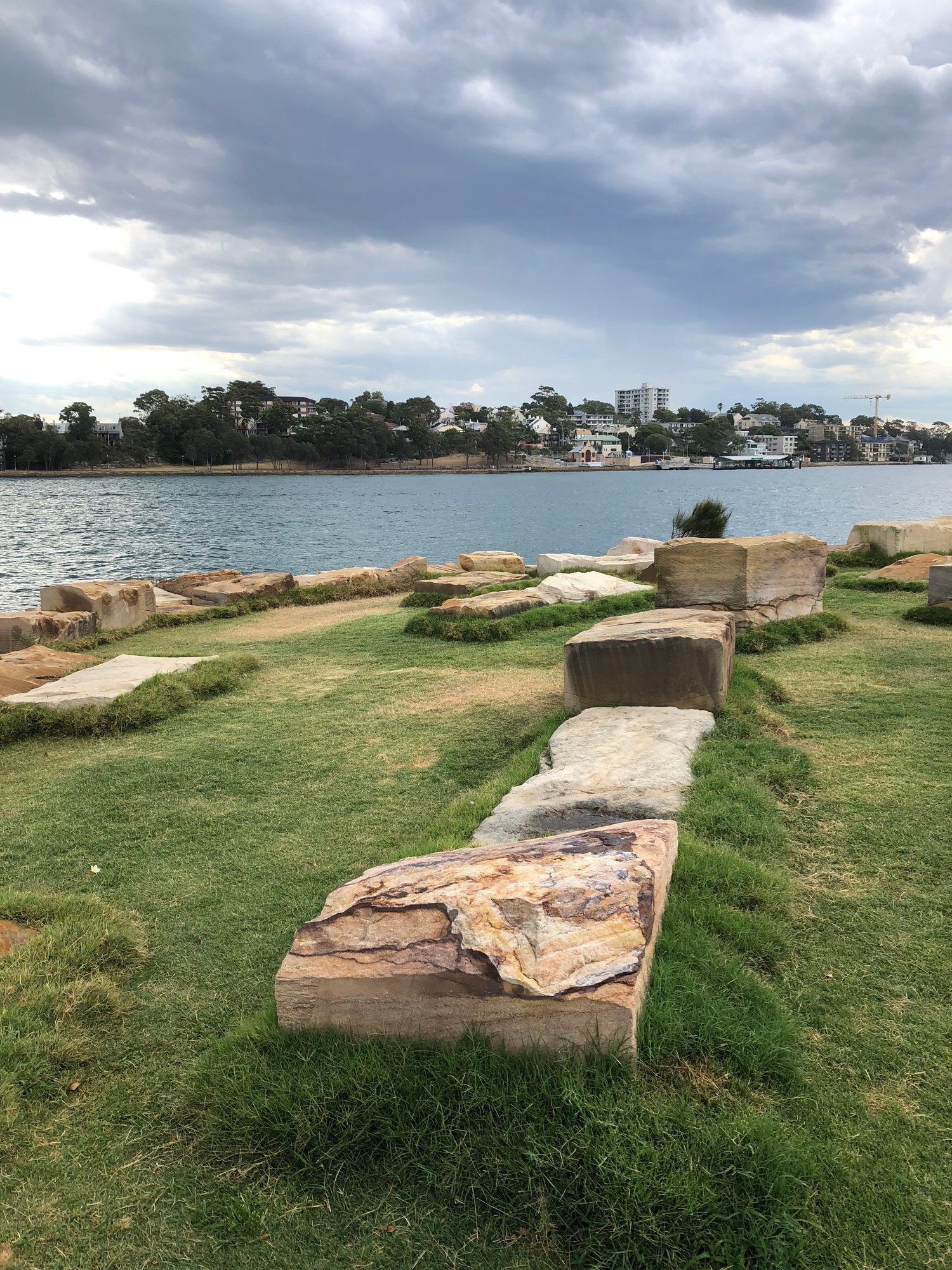 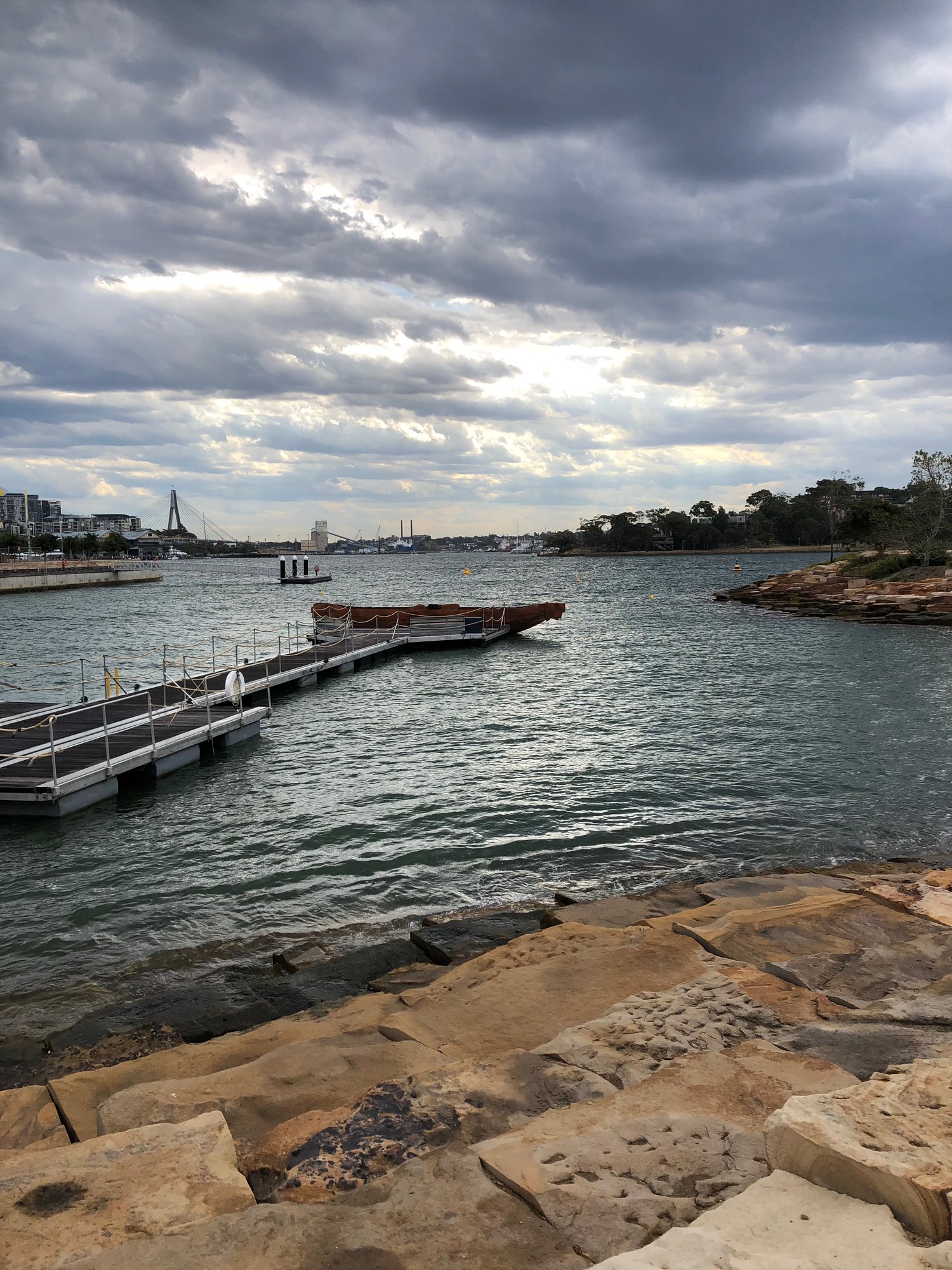 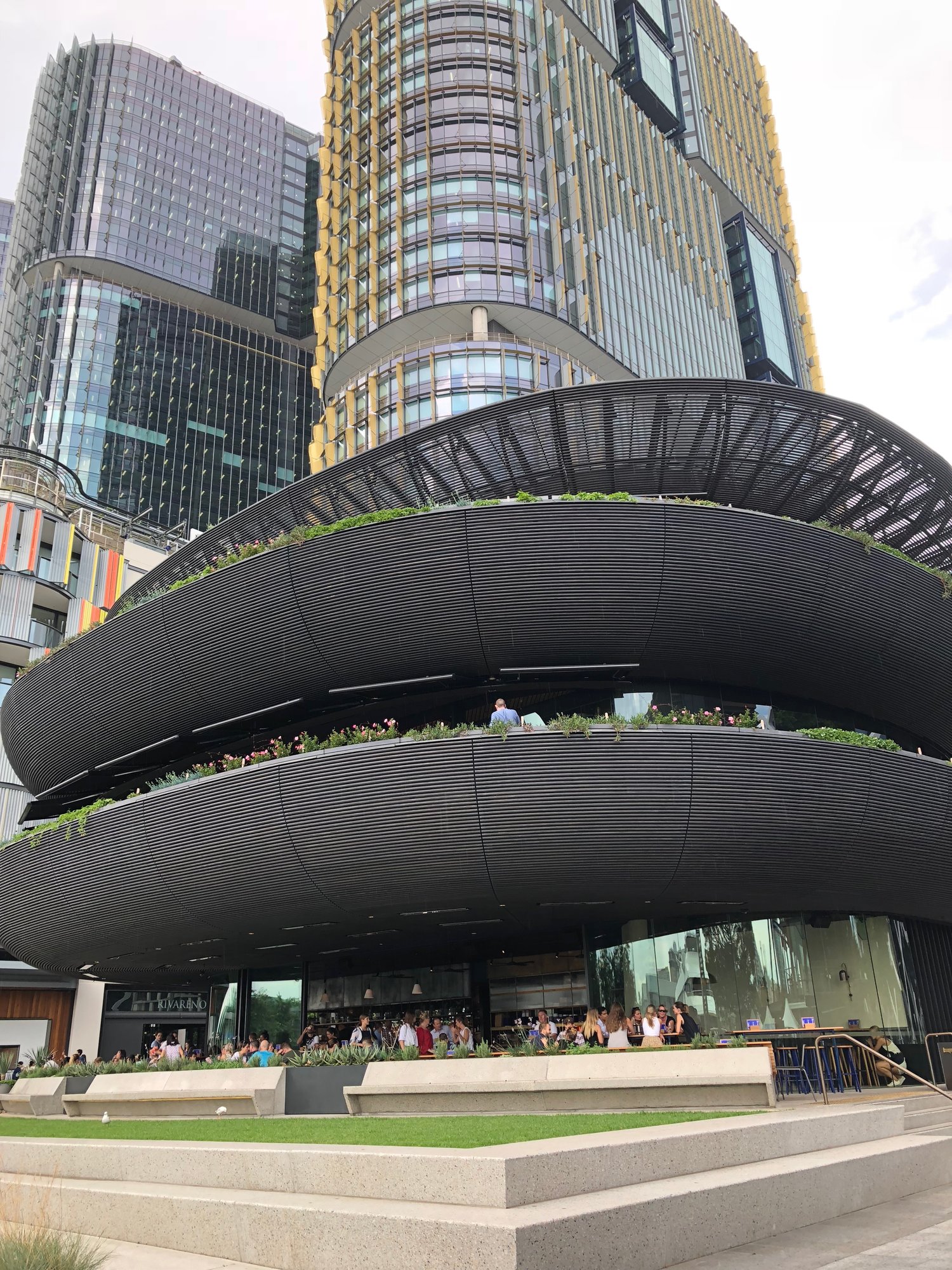 We wandered all the way around to "The Rocks" which is a cool historic area in Sydneys city centre filled with pubs and stores along cobble stone roads. The Glenmore is one of said pubs that's unique there in that it has an awesome rooftop with beautiful 180 degree views of the harbour and Opera House.

After stopping there and a few other places, mostly to take cover from the random rainstorm that poured down, we walked through Circular Quay (had to see some didgeridoo's!) to the Opera House to meet Mikes family.

Mikes mother had told us about this "open air cinema" that happens a few times a month near the Opera House.  I didn't know much about it but assumed it was an outdoor theater in a park somewhere.  I had no idea what was going on as I saw stadium seating but no screen anywhere.  Then I realized, the screen was actually IN the harbour being held up on stilts and it raises up when the movie starts! Check it out....

After some more hanging out around Mikes parents house, wandering through the CBD (Central Business District), seeing the old bar that I used to work at that's now CLOSED (so sad Shannon!), we dedicated one full day to Bondi <3 my home away from home that I missed so dearly.

We started off doing it right by heading straight to Bondi Iceburgs for a drink which is famous for it's ridiculous views of the beach overlooking their lap pool that spills out over into the ocean.  This place is every photographers dream. 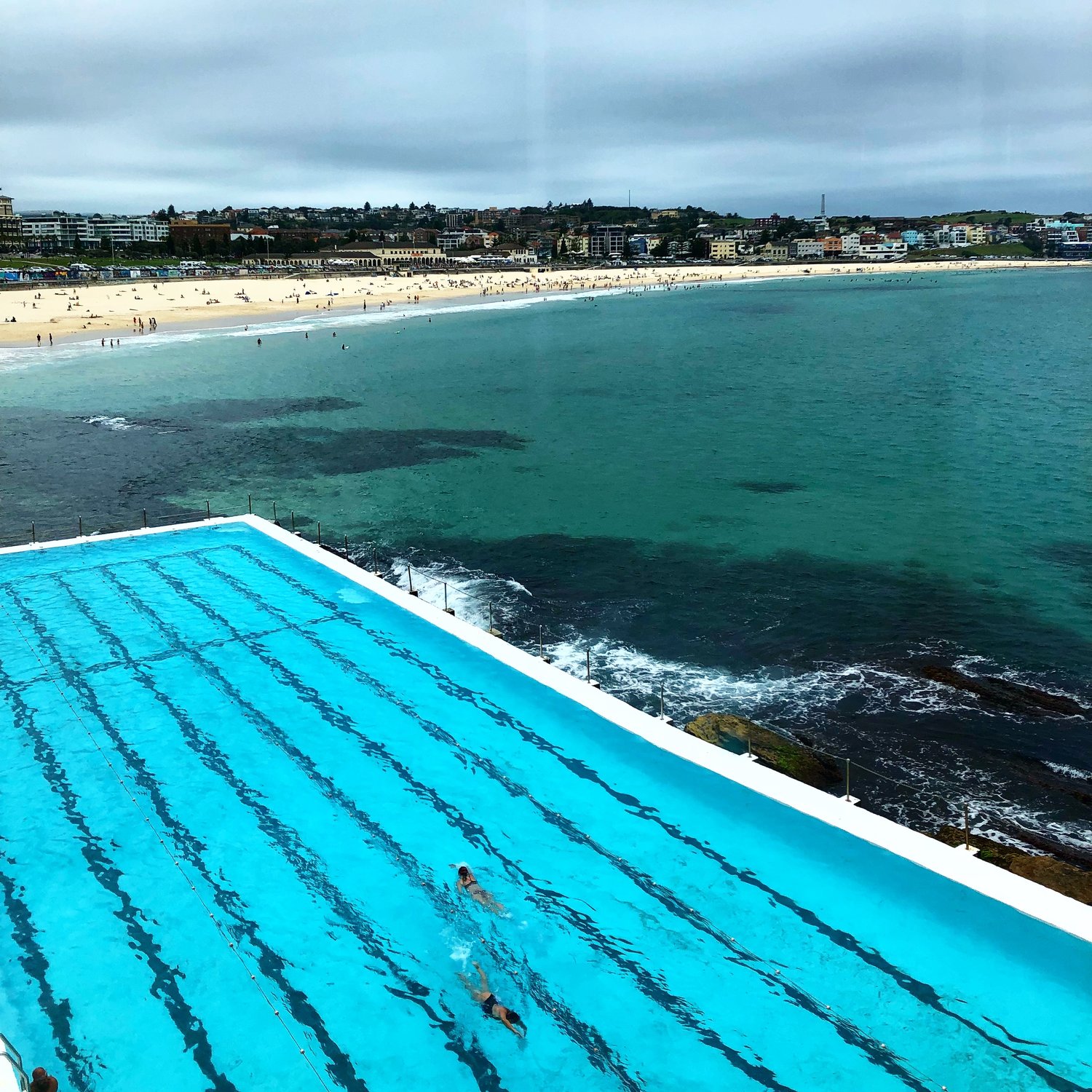 We then spent the day walking up and down Campbell Parade (their main drag) seeing all the new shops, new and old favorite bars and restaurants.  I don't think I stopped smiling the entire time, I swear Bondi is one of the best places in the world. 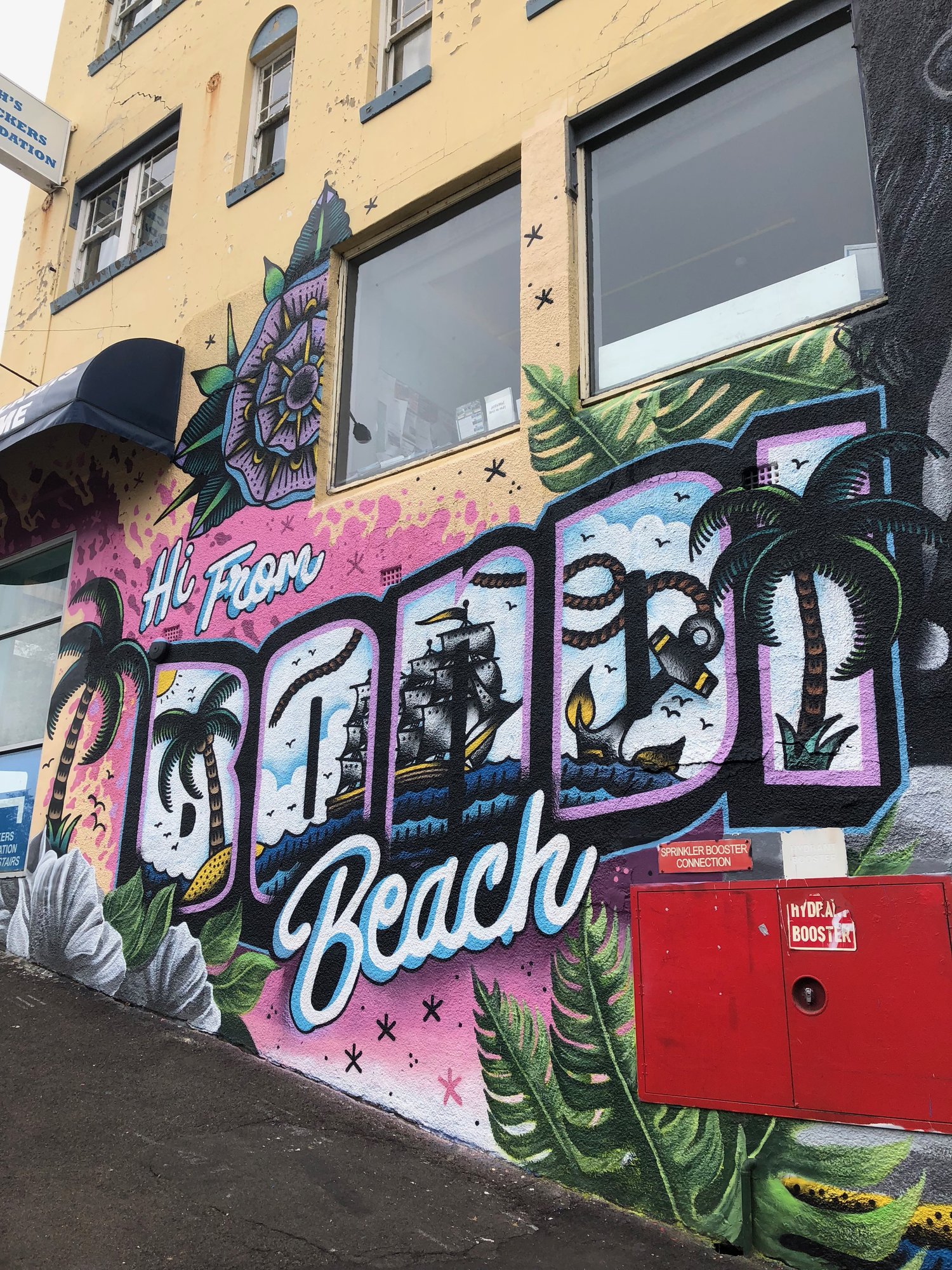 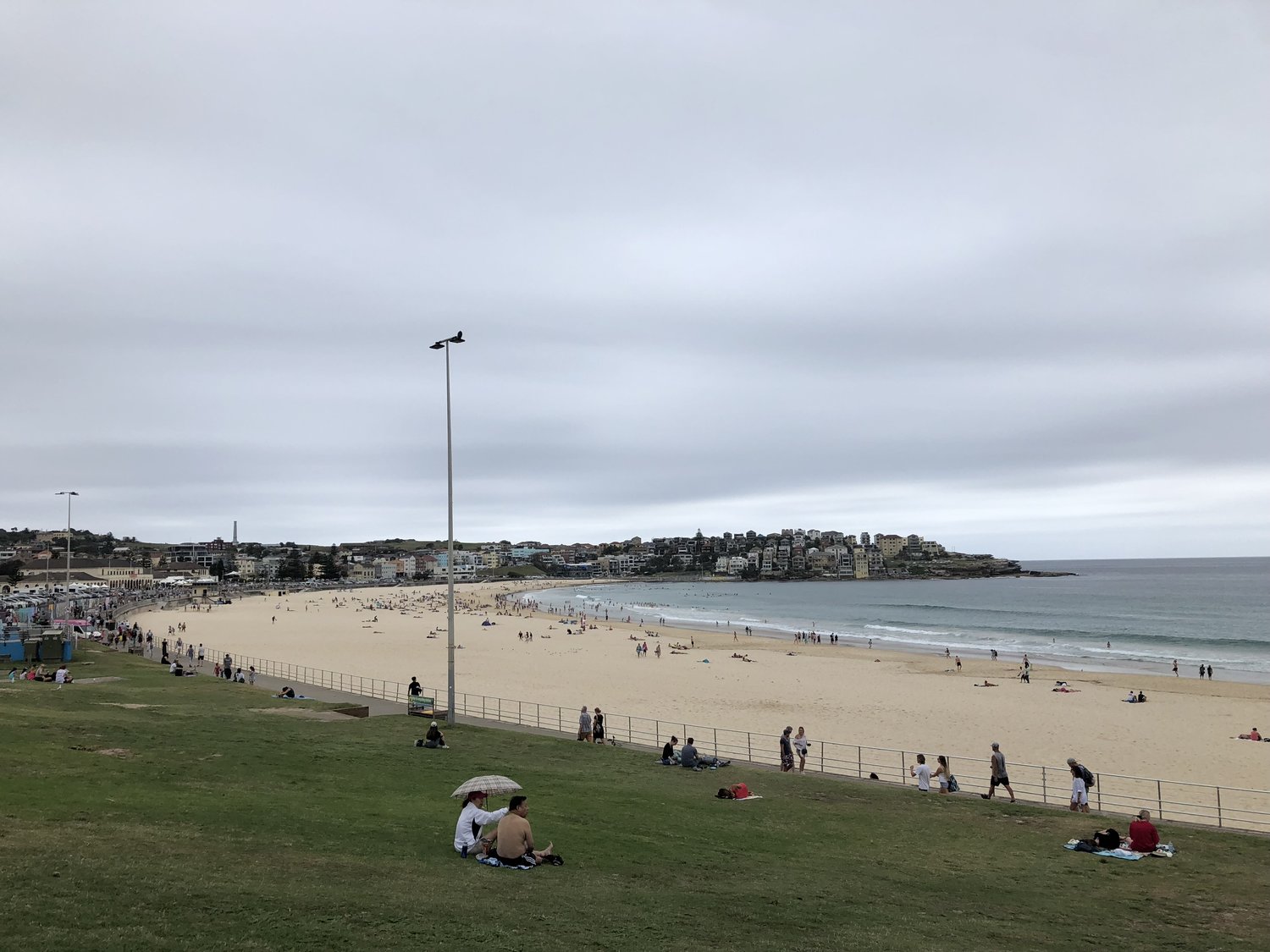 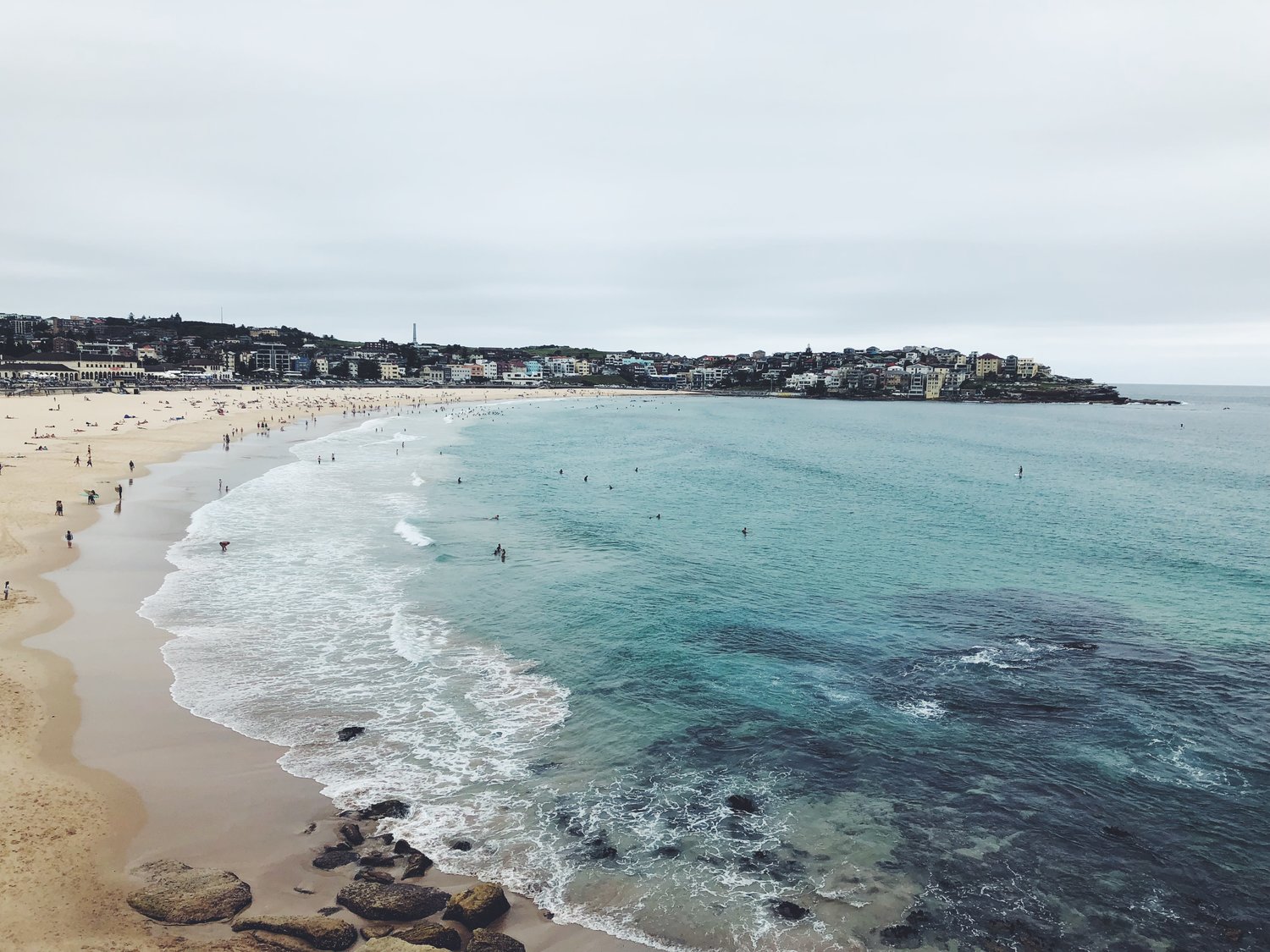 ***Some favorites in Bondi are: Ravesis (go upstairs onto the balcony for lunch), Bucket List (for a drink on the beach), Beach Road Hotel (fun hang out bar), Sushi Train (SUSHI ON A CONVEYER BELT), Bondi Massive Cafe (get a chai latte from there <3), Bondi to Bronte Cliff walk (a must do! It's about a 2.5 mile walk along the coast through their main beaches with beautiful views).

Another fun thing we did one day that I hadn't done before was visit the Sydney Fish Market! It wasn't too far from where Mikes parents live so we took a walk down to check it out and have lunch.  It's huuge (as most fish markets are) and right on the water with tables along the dock to grab a heaping pile of oysters, shrimp, friend fish, etc and pig out with some white wine. Check out the fresh sushi donuts we found too. 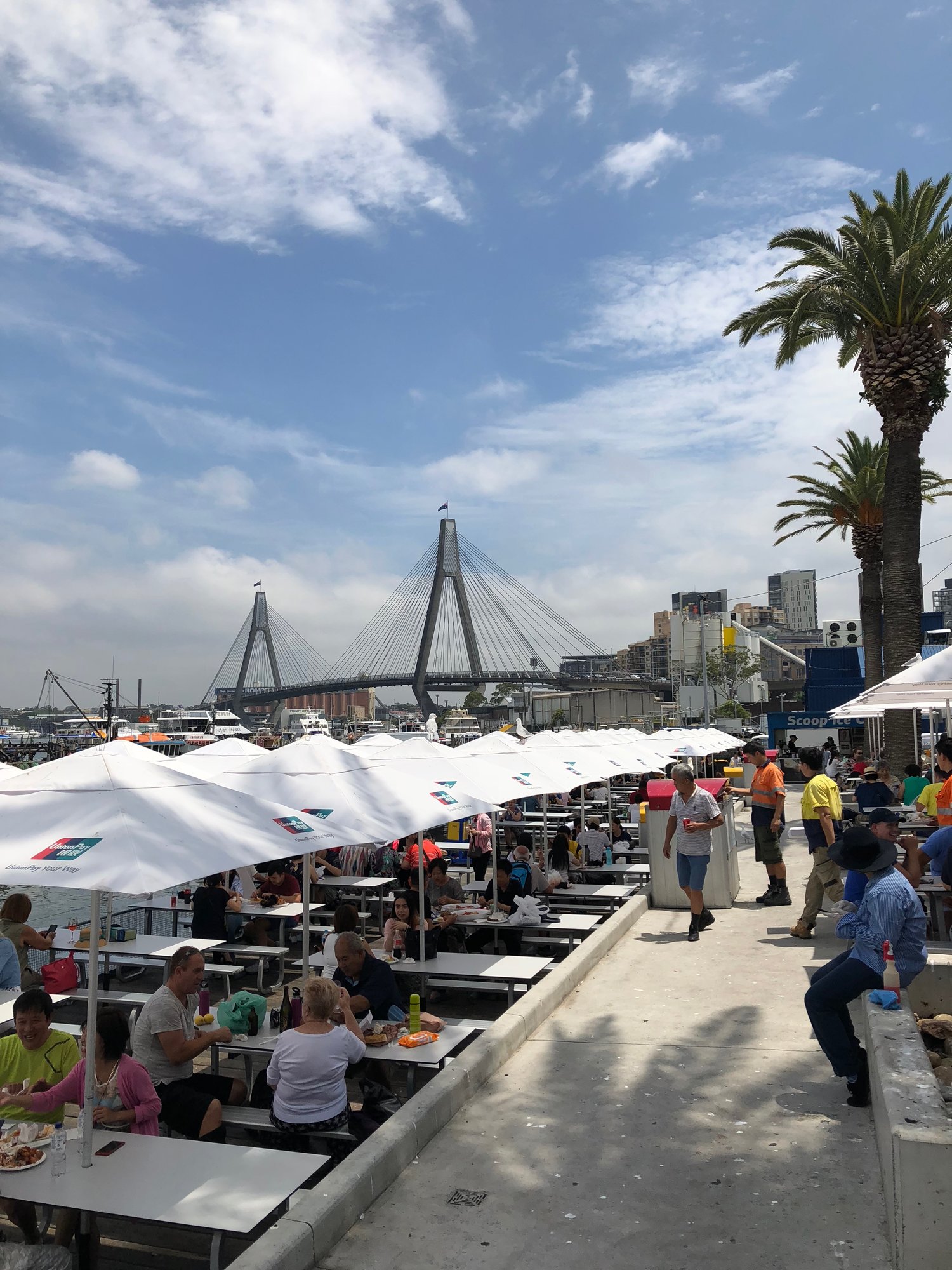 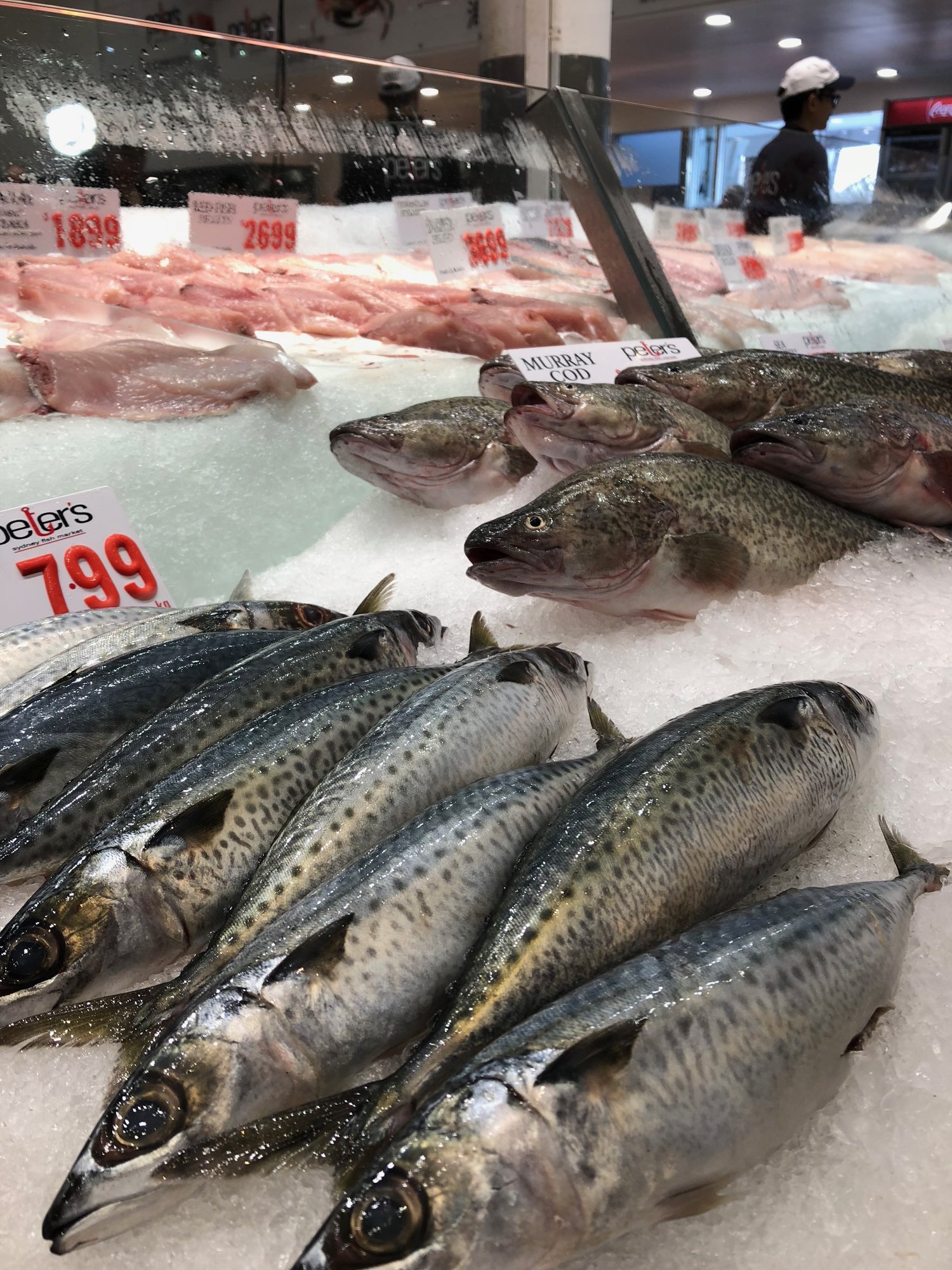 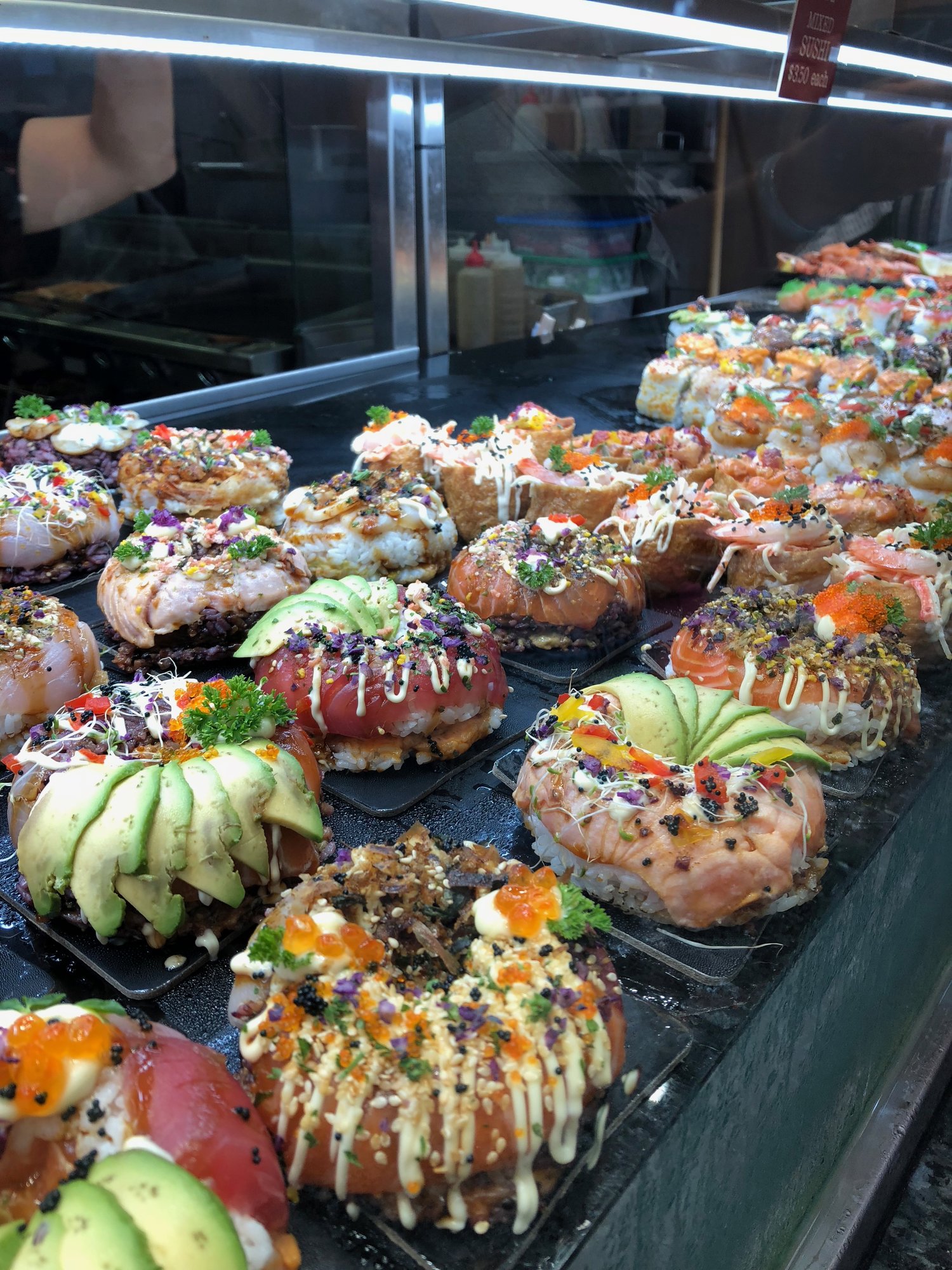 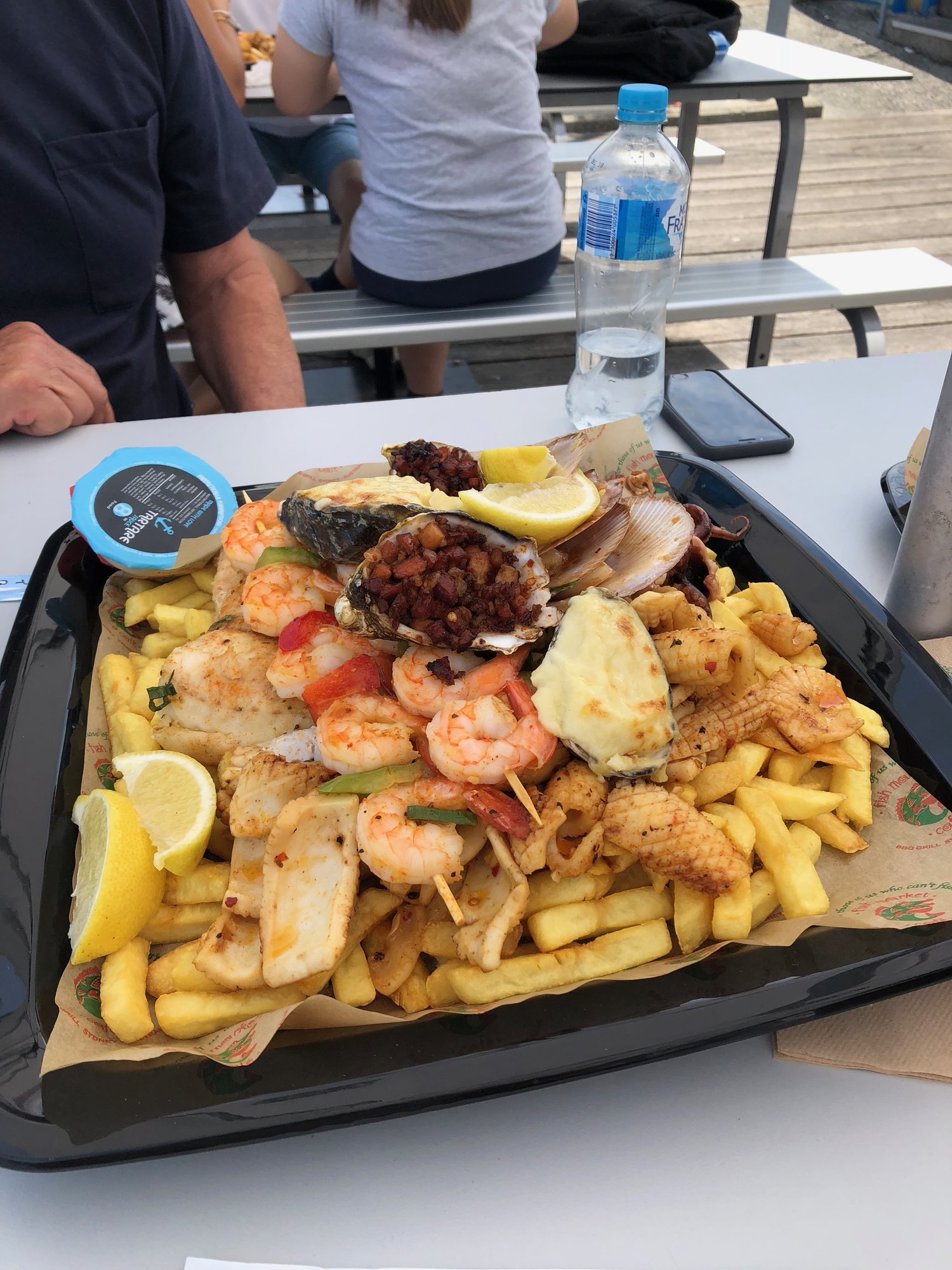 Sadly our amazing trip to Oz was ending and it was extremely bitter sweet.  Before we even left for the trip Mike had planned months before for a one last gathering of all our friends at the Coogee Pavilion in Coogee beach as a little farewell sendoff and engagement celebration! (sneaky Mike).

We did one last drive up to Mikes beach house in Warriewood where we had the last day and night planned out with ALL of Mikes family (aunts, cousins, nieces, nephews, the whole gang) but not before stopping at Mikes all time favorite meat pie place called The Upper Crust who he's dubbed "one of the better pies in the state of NSW"

Probably shouldn't have done that since Mikes mom had this waiting at their house for us.....

We said our long goodbyes and were off back to the states for more celebrating :) So crazy going back to Australia with my now fiance (can't say that word seriously) and experiencing it with him as opposed to being 22 and there by myself not knowing which way was up or down. Such an amazing trip and for all of you who reached out for recommendations I hope this answered most of them!  Till next time...